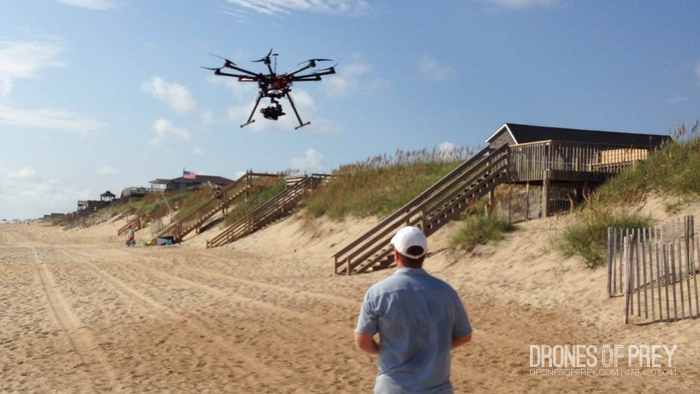 Drones of Prey (DOP) beat the heat in Arizona at Lake Havasu shooting for a soon to be released show on CMT. Daytime temperatures reached well over 110 degrees and high gusting winds from the desert didn’t stop pilot or machine. The DOP crew pounded away for 2 days to nail down some amazing scenic views and awesome drone action shots.

Piloting challenges included taking off and landing from the deck of a boat that was taking 3 ft waves on Lake Havasu. London Bridge was the subject matter for an epic shot. This shot required the drone pilot to fly under the bridge then ascend. During the ascent the pilot would lose sight of the aircraft for several seconds until it reaches the top. Details and dates on the show will be released soon.