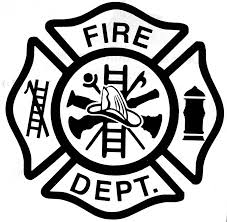 Drones continue to grow exponentially in popularity for their use in film industry, but did you know that they can also be great in disaster situations?  With hurricane season starting out for the areas most affected by the season, understanding their potential could be helpful to making the best out of a bad situation.  Drones can make a noticeable difference in the world of convenience, practicality, and safety, even when it comes to disaster situations.

While it might not be the first thing that pops into your head, drones can be very helpful – lifesaving even – in search and rescue situations.  Using thermal imaging in checking for heat signatures, drones can quickly and accurately detect where people are trapped under rubble from earthquakes, tornadoes, bombings, in homes during floods, and even in mudslides, to help make the difference in finding people alive or not.  In a disastrous literally life-or-death situation, that’s all that it takes.  Consider it like having an additional set of eyes that can detect heat, movement or see things from the birds eye view, but not at the expense or potentially dangerous cost (blowing around debris) of a helicopter.

Inspections of property and homes

Whether it’s for insurance, safety or other details before or after a disaster, a drone is able to do inspections of a person’s property or homes during a disaster, when it’s safe to fly.  This is great in terms of offering peace of mind to the homeowners, and it’s also good for reporting back information to disaster command so that the officials can figure out when to lift evacuation orders and more.  It helps streamline the assessment process without putting anyone in harm’s way.

In the case of a hazardous spill such as an oil spill or disaster such as a nuclear disaster, drones are able to take a look at the situation with a bird’s eye view, and they’ll be able to report back to command in terms of photos as well as accurate detail on its spread or its effect.  This helps speed up clean-up as well as keep an eye on just how wide-spread any potential disaster is going to be.  It doesn’t put workers at risk, either.  Plus, the images and video a drone can capture will be so high resolution, there won’t be need to a closer look.  However, the drones are able to get closer to the spill without disturbance like a helicopter might and safely.

To see how bad a situation may be – including search and rescue like mentioned above – a drone can be a huge help with its accurate, quick and reliable 2D & 3D mapping.  It’s cheaper than traditional methods and it will be much more accurate to the needs of the rescue operators.  Since information and accuracy are not details that you can afford to get wrong during a natural disaster, it’s best to go with the best tools for the job.  In this case, those “tools” are all had in a drone.

Another perk to drone usage during a time of need is supplies delivery.  During hurricanes, wildfires, mudslides, earthquakes and more, roads can get blocked, making it impossible to get supplies to hard-to-reach places.  These supplies could be lifesaving, and are necessary to get to where they need to go.  Drones can help take over a lot of the work with their accurate GPS and remote-control use.  They can get loads to and from where they have to go, and with no men put at risk at the job, either. Obviously there will be weight limits, but should there need to be an oxygen mask to the crew at the top of the rubble pile without risking shifting rock, this would be ideal.

Another way drones can help is in power restoration, especially during the widespread outages such as through during Hurricane Harvey.  This is helpful when there are so many individual outages that it would take at least double the time than it would if drones were not in the picture.  This can help get people back to their homes and life back to normal much faster, not to mention that it helps take the strain off of linesmen that often have to work long shifts in order to get everyone back on the grid as fast as possible.

So, while drones may still be relatively new to the professional scene, it’s clear that they have got a lot of positives going for them as well.  From life-saving to safety to accurate information, drones can make a worthwhile difference in disaster relief.  If you find yourself in need during this hurricane season or any other time of year, Drones of Prey is certainly ready to step in and help. Contact us for a free quote.

When coordinating flights with the local helicopte

Making TV up by the Canadian border where the tree